In his latest expose, Tesla billionaire Elon Musk has just uncovered the corrupt behavior of Senator Elizabeth Warren. Why is Musk exposing the Massachusetts... A leftist celebrity who bragged about trading in her Tesla as a protest of Elon Musk clearly had no idea what she was in for. Liberals are forming their opinion on Elon Musk for arranging the hate on Twitter?
The only ones added were the ones censored, tho only ones complaining are the snowflakes, the only ones not used to free speech are those same Liberal's.
As Elon strives to the task of a ‘Free Speech Platform’ the Marxist,Communist & Socialist come out of the woodwork like roaches.
Complain of hate, division, racism & all those wonderful elements of Liberal beliefs.
It becomes harder to support even the smallest Liberal ideology. Economy, Ethics, false Patriotism and of course the HATE of American values.
Thinking skills have never been the skill presented in any comments, posts or tweets. They always start with a false premise of false facts, evidence and real life proof.
IF I’m lie-in , I’m die-in.
Has anyone read or seen anything positive from a Liberal?
Nor have I.

THANK YOU ELON FOR KEEPING YOUR PROMISE TO MAKE TWITTER "THE PUBLIC SQUARE OF TRUTH"!
ANYONE AGAINST THIS CAN JUST CLICK ANOTHER STORY!
🎯😇🙏👮‍♀️🚔❤️🇺🇸🇺🇸🇺🇸🇺🇸🇺🇸
WE’RE BACK!! (almost) Elon Musk Announces General Amnesty “Starting Next Week” https://www.thegatewaypund... via gatewaypundit
🎯👌😇🙏👮‍♀️🚔❤️🇺🇸🇺🇸🇺🇸🇺🇸🇺🇸🇺🇸🇺🇸🇺🇸 On Wednesday, Gateway Pundit founder Jim Hoft penned an open letter to Elon Musk asking to reinstate The Gateway Pundit so we could report on the deposition of Dr. Anthony Fauci yesterday.   Two hours later, Musk posted a poll to Twitter asking about granting general amnesty to accounts that didn’t ..

Did Musk mean to write 'being Alex Jones will not be tolerated'? As many expected he would do, Elon Musk has changed his mind and decided to keep Twitter as is with independent media outlets prohibited from posting content. In a November 18 announcement, Musk announced that Twitter's new policy under his leadership "is freedom of speech, but not free

Elon Musk Restores Trump After Twitter Vote — But Not Alex Jones Despite Calls For Reinstatement https://www.infowars.com/p... 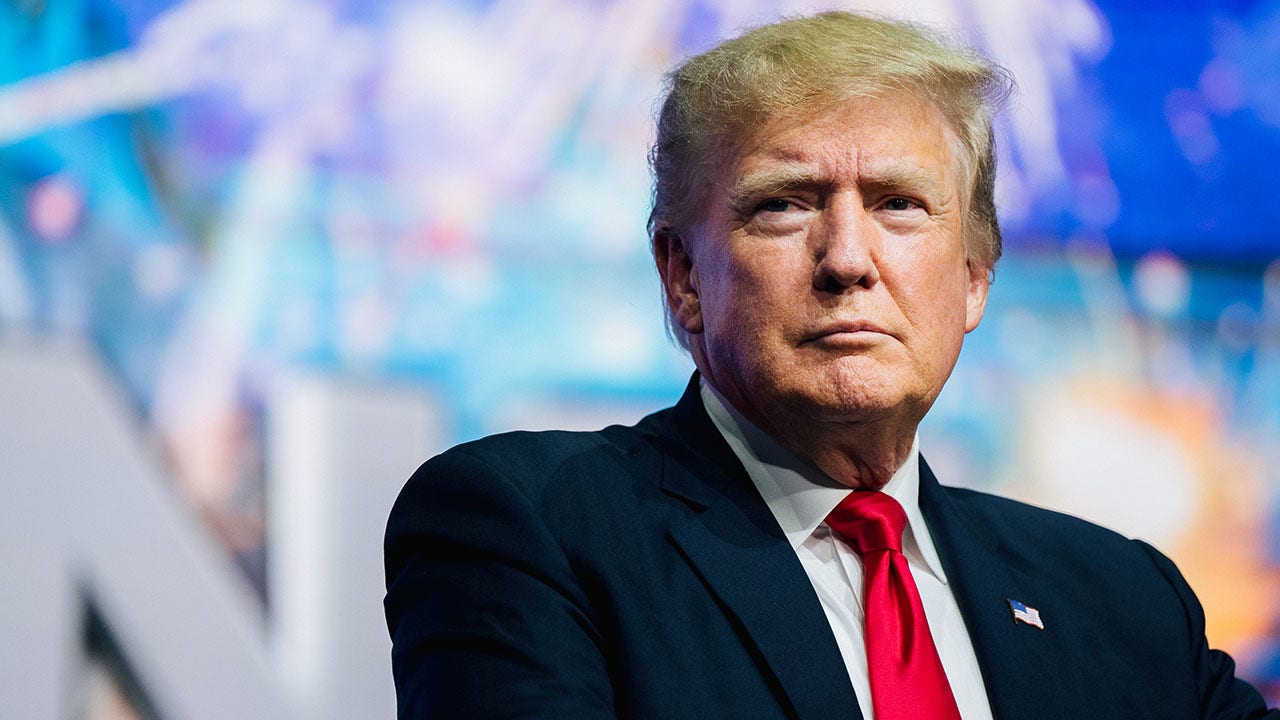 Former President Donald Trump has responded to Elon Musk reinstating him to Twitter on Saturday, following a poll Musk conducted asking users if he should be allowed back. BREAKING -- Elon Musk Has Reinstated President Trump On Twitter. Thousands are starting to follow him by the minute. Elon Musk says Trump will be reinstated to Twitter after more than 15 million users voted in poll https://www.foxnews.com/po...

Twitter CEO Elon Musk former President Trump will be readmitted to Twitter after more than 7.5 million users voted to bring him back to the platform.

238 Followers
Seeker of truth and promoter of freedom.

72 Followers
I am a 72 year old father/grandfather who is a "common sense Libertarian Republican" and stand by that 100%. I voted for President Trump!!